Perth is one of best places in the world to live in, and that’s official! A recent survey rated Perth in the top ten most livable cities in the world. The survey, which rated 140 cities, considered factors such as health, climate, crime rate, education, housing and cultural activities (Economist Intelligence Unit, 2015).

So, it is not surprising that over 20,000 international students a year choose to study here and take advantage of what Perth has to offer; a relaxed lifestyle, healthy environment, golden beaches, extensive sports facilities, cosmopolitan atmosphere, shopping opportunities and night life.

With a population of over two million, Perth is the capital of Western Australia. Its suburbs are spread around the beautiful Swan River, between the blue waves of the Indian Ocean and the green hills of the Darling Range. Right in the center lies 270 acres of preserved bushland known as Kings Park, probably the largest forest in the middle of a city anywhere around the globe.

In the heart of the city is the Perth Cultural Centre, home to a museum, a theatre, art galleries and – importantly for students – the imposing Alexander Library, which you are free to use. You are also eligible to join whichever local library serves the suburb you live in. Both the city and surrounding suburbs are generously served by cafes, restaurants and bars. Because Perth is so multicultural it is easy to access a range of cuisines, or food stores to buy ingredients for the dishes you’re used to. In particular, the area called Northbridge (right next to the city centre) is a heartland of ethnic diversity.

While Perth itself blends urban cool with a laid-back ‘barbeque culture’, it is also the perfect base for you to explore more of Western Australia, with its farmlands, quaint country towns, native fauna and raw natural beauty.

No wonder WAIFS’ new and returning international students choose Perth as the preferred destination for education!

Further information about Perth and its surrounding areas can be found at:
www.westernaustralia.com/au
www.tourism.wa.gov.au
www.experienceperth.com

Australia is home to people from hundreds of ethnic backgrounds, but the dominant culture is essentially Western. We share many characteristics with Britain and America, but have our own unique culture. It tends to be more relaxed here and often less formal, but it is not a case of ‘anything goes’. Here are some information and tips to guide you – but remember that getting used to a culture takes time and observation. Don’t be afraid to ask people for guidance such as your teachers, your fellow students and your new Aussie mates.

Australians love to barbecue. There are BBQ facilities in public parks and near beaches, so all you need to do is take your food and perhaps some coins for the slot to start the fire. Barbecues are also how Aussies often like to socialise at home. It’s quite normal for the hosts to specify something for you to bring to their BBQ or a party such as meat, salads, and desserts or ‘a plate’ (a dish of food). If they say “it’s BYO”, that means bring your own drinks. There is no need to take a present unless it is a birthday party. 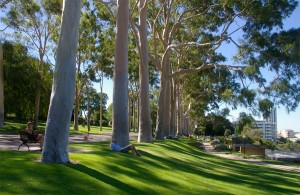 2. Invitations and appointments
It is not impolite to decline an appointment. However, it is considered rude not to keep appointments or to arrive late, particularly for business or study appointments. ‘Late’ in Australia means any time after the appointed time for formal meetings, but is more flexible for informal occasions.

3. Sport
Australia is known as a sporting nation, though in fact most adults are more into watching than playing. However, Perth is well equipped with sports venues, parks and playing fields if you want to keep up with fun and fitness. All the usual sports are here: soccer, cricket, tennis, rugby, etc. Just ask around to find a club you can join. One sport that might be new to you is Australian rules football, also called ‘Aussie Rules’ or simply ‘footy’. Most people find it more exciting to watch than soccer – watch it and see!

4. Enjoying the water
For much of the year, Perth has great weather for swimming and there are lots of opportunities to enjoy water sports such as boating, fishing, surfing, scuba diving, windsurfing, water-skiing, and snorkeling. With beautiful beaches and the picturesque Swan River, there is something for everyone. Many beaches have lifeguards to watch out for you, but it is important to swim between the flags they set up. 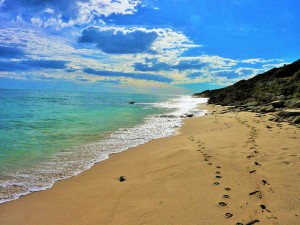 5. Bartering and tipping
Bartering is not accepted in shops, but sometimes you can ask whether there is a discount. Tips are usually only provided in restaurants for very good service but they are not expected. Tips are usually given by leaving small change on your table or putting it into a jar on the counter, if there is one.

6. Household and neighbourhood
In Australia you must take care of household duties yourself; only a few rich people can afford servants. This means you must quickly get used to tasks such as cleaning, shopping, cooking and getting repairs done. We all have to do it sometime and it’s not bad when you get used to it.

When you move into a place, ask the landlord or agent what requirements there are and who to contact for maintenance. Find out from your neighbours what day during the week you need to put your ‘wheelie bins’ (rubbish bins) by the roadside – most neighbours would be pleased to meet you anyway! Remember to show consideration to them by not making too much noise at night, and let them know if you plan to have a big party.

7. Dress code at WAIFS
On campus, most students wear casual clothes such as jeans, trousers, dresses, skirts or shorts, although singlets and thongs (flip-flops) are not really appropriate.

Some students might not be accustomed to the minimal clothing sometimes seen here, but they should not show disrespect to women who dress differently than the custom might be back home (in Australia, women have the same rights as men).